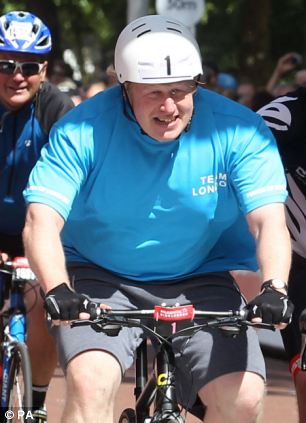 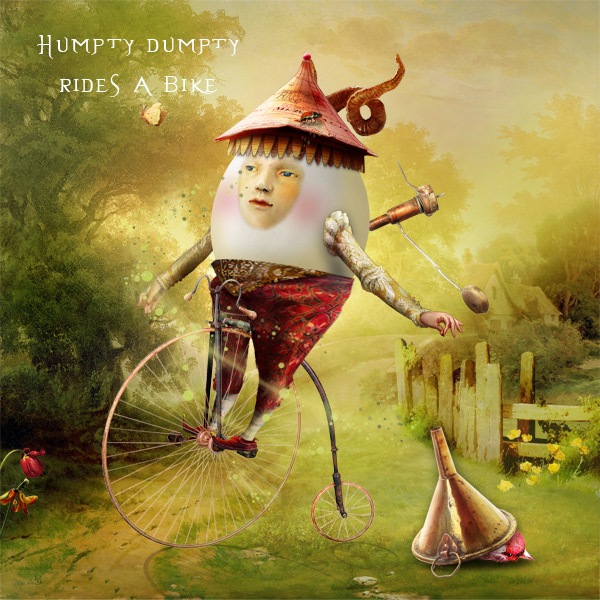 
"in view of the circumstances in Parliament, I have concluded that person [to replace PM Cameron] cannot be me".

Sources claim Brexit Dumpty is planning to retire from politics in order to write his memoirs, with the tentative title "I didn't do it! The Brexit Story". posted from Bloggeroid
Posted by Gerald Silverberg at 19:37 No comments:

Brexit Leavers can push Humpty Dumpty off the wall, but can they put all the pieces back together again?

In the previous two satirical posts (Goal, goal goal and Euro 2016 players) I equated the Brexit referendum result to a football own goal.

Now that British PM David Cameron has announced his resignation, it is clear that the Leavers will have to form a new government, negotiate the actual break with the EU, and make good on their myriad miraculous promises. Such as that the £350 million pounds the UK supposedly transferred net per week to Brussels would now be a windfall ready to be redeployed as a domestic welfare bounty.

But already, prominent Leavers are backpedaling, like UKIP's Nigel Farage, who now claims he never said this sum would be available for investment in the National Health Service, according to yesterday's Independent.

Thus a more fitting metaphor for the next stage of the Brexit process is the English nursery rhyme Humpty Dumpty: 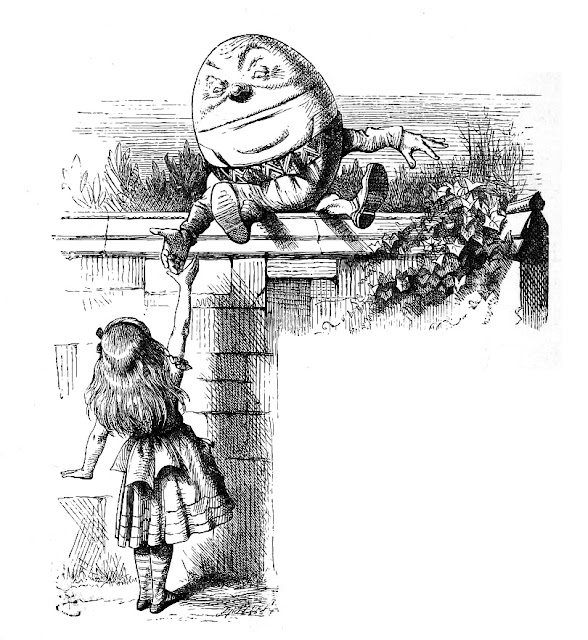 Alice's repartee with Humpty Dumpty from Lewis Carroll's "Through the Looking Glass" seems even more appropriate to characterize the semantic confusion around the Brexit debate:


"I don't know what you mean by 'glory,' " Alice said.
Humpty Dumpty smiled contemptuously. "Of course you don't—till I tell you. I meant 'there's a nice knock-down argument for you!' "
"But 'glory' doesn't mean 'a nice knock-down argument'," Alice objected.
"When I use a word," Humpty Dumpty said, in rather a scornful tone, "it means just what I choose it to mean—neither more nor less."
"The question is," said Alice, "whether you can make words mean so many different things."
"The question is," said Humpty Dumpty, "which is to be master—that's all."

Alice was too much puzzled to say anything, so after a minute Humpty Dumpty began again. "They've a temper, some of them—particularly verbs, they're the proudest—adjectives you can do anything with, but not verbs—however, I can manage the whole lot! Impenetrability! That's what I say!"

posted from Bloggeroid
Posted by Gerald Silverberg at 12:51 No comments:


CIB breaking news: Coachs from all participating teams have committed their players to only attempt own goals from now on, out of respect for yesterday's Brexit vote.

German coach Joachim Löw said that "in view of the recent turn in EU public sentiment, own goals were a more fitting reflection of what the electorate wants than traditional scoring. Own goals are now clearly the way to go in European football."

BBC reports that the Brexit vote has sparked calls in other EU countries for similar referenda on leaving the union. Populist parties in France, Italy and the Netherlands apparently now smell blood.

Posted by Gerald Silverberg at 10:59 No comments: UK voters decide to call George Soros' bluff that Brexit would be tantamount to a 'Black Friday'.

Is Soros trying to pull another Nathan Rothschild/Waterloo number on Britain, or has Britain really shot one of the greatest world historical economic own goals by gratuitously leaving the EU?

Stay tuned to this station for breaking news and analysis of this unprecedented real-time experiment in economic theory and policy.

posted from Bloggeroid
Posted by Gerald Silverberg at 07:03 No comments:

‘I predicted it!’ Trump now calls for ban on wild animals entering the US, and impugns Obama’s loyalty for celebrating in Jersey City on 7/11 In Manchester, New Hampshire on June 13, Donald Trump (bottom) pointed out he had correctly predicted after the May 28 rampage of radical silverback gorilla Harambe (top) in Cincinnati that yesterday’s tragedy in Orlando would happen (all the more remarkable since it had not yet happened at the time of the speech). Photo left: Handout/Reuters via The Guardian; right: AFP/Getty via Politico Triggered by the recent carnage in Orlando, Florida, Trump modestly played down congratulations for the accuracy of his predictions from his many supporters. But he reiterated his yuuuge prescience after a 17-year-old, 400lb adult male silverback lowland gorilla named Harambe grabbed hold of an American child at the Cincinnati zoo and had to be shot by zookeepers on May 28. Right after that event he tweeted:


This will happen again! American children are not safe as long as wild animals are allowed to enter the country. I'd bring back a hell of a lot worse than shooting.

And, indeed, radical wild animals soon struck again, this time in Orlando, Florida, where an alligator dragged a two-year-old child into a lagoon at the Disney Grand Floridian Hotel yesterday.
Trump immediately tweeted:


I predicted this would happen on May 28, but FBI alligator trappers have had their hands tied by the animal rights politically correct Obama administration. He won’t even say “radical animalistic terrorism”! He doesn’t get it, or he gets it better than anybody understands.

Trump asserts in his speech that it can hardly be a coincidence that the silverback gorilla, the alligator, and Obama all come from Africa, although the reviled “mainstream press” has repeatedly pointed out that all three were demonstrably born in the United States, and that alligators are not even native to Africa.
He goes on to say that “as long as we don’t know what is going on, as president I will ban the entry of all wild animals into the United States. We can't afford to be politically correct anymore.”
To forestall criticism that this is a form of animal racism, Trump points out that he employs hundreds of “domesticated animals” at his Mar-a-Lago private club in Palm Beach, Florida. But the club has had a long-standing policy against employing alligators, gorillas, or indeed any other wild animals from outside the Judeo-Christian tradition.
To underscore his doubts about the loyalty of the present administration, Trump closes his speech by not only doubling down on his claim to have seen Arabs celebrating in the streets of Jersey City after 7/11. He now claims that he also saw Barack and Michelle Obama celebrating with crowds at a rooftop party. Trump will claim that this picture from The National Enquirer proves that the Obamas were part of the crowd celebrating 7/11 at a Jersey City rooftop party.

Additional reporting was contributed by CIB staffers George Orwell in London and Jonathan Swift in Dublin.

Posted by Gerald Silverberg at 20:28 No comments: