"You've had your fun. Now we want the stuff back." The Surveillance State Crosses the Rubicon and Starts Playing Harddrive

"You've had your fun. Now we want the stuff back."

This is how a high representative of the UK's government threatened The Guardian's editor, Alan Rusbridge, to get back the NSA material Edward Snowden has been leaking to The Guardian's reporter Glenn Greenwald.

But now the surveillance state really seems to have crossed the Rubicon. Not only have British authorities subjected Greenwald's Brazilian companion David Miranda to nine hours of illegal interrogation under schedule 7 of the Terrorism Act while in transit through Heathrow Airport, but according to Rusbridge they have also started playing "harddrive" with The Guardian:


And so one of the more bizarre moments in the Guardian's long history occurred – with two GCHQ security experts overseeing the destruction of hard drives in the Guardian's basement just to make sure there was nothing in the mangled bits of metal which could possibly be of any interest to passing Chinese agents. "We can call off the black helicopters," joked one as we swept up the remains of a MacBook Pro.

The surveillance state really seems to have finally crossed the Rubicon here, where it is no longer protecting us, the citizens, but primarily itself (although early NSA whistleblower William Binney's 2007 arrest by the FBI at gunpoint in the shower may be the first adumbration of such a crossing). Although who is having fun at whose expense is unclear, since if the GCHQ "security experts" really thought they had plugged the security leak by physically destroying some hard drives they were displaying gross incompetence in this digitally networked age (more likely they were just trying to live up to the intimidating goons from all the Hollywood action films they watch down there in Cheltenham on boring winter evenings).

Lord Acton was right: power corrupts, and absolute power corrupts absolutely. A surveillance state that has the ability to monitor all of its citizens without constitutional due process will sooner or later deliberately abuse that power for its own ends, if only to cover its own ass that it has this secret and unconstitutional power in the first place. The nightmare of human rights activists and NSA whistleblowers has come true, and the Orwellian chickens have finally come home to roost. The era of star chambers (think FISA court) and lettres de cachet (think section 7), when rulers could arbitrarily arrest and torture their subjects at their whim according to edicts that no one could even know, let alone challenge in a court of law, seems to have returned with a vengeance.

Meanwhile, back here at this blog, I have also been "having my fun" at the NSA's expense with my satirical blogs about the NSA's SWIFT program (see posts 1, 2, 3, 4, in case you missed them).

But this is getting really serious, and the threat to freedom of speech and the press is no longer a joking matter. So in the possibly few remaining moments of freedom still vouchsafed us I will indulge my satirical evil demon one last time and give you the 'Creditanstalt' Intelligence Bureau's take on the Miranda scandal:

The Inside Story on the David Miranda Interrogation: Nine Excruciating Hours on the Loo

While it is clear that David Miranda, Brazilian companion and sometime courier for Guardian reporter Glenn Grennwald, was not legitimately detained by British authorities at Heathrow airport last Sunday under schedule 7 of the Terrorism Act, it has been a mystery until now why he needed to be detained for all of the legally permitted nine hours if the authorities really only wanted to confiscate his electronic devices.

The 'Creditanstalt' Intelligence Bureau has now learned the real reasons for this long detention. While the Metropolitan Police Service (MPS) claims that Miranda had been offered legal representation and was attended by a solicitor, in fact he was attended to by renowned British physician John Wesley (a contemporary of our beloved Jonathan Swift and author of the standard textbook Primitive Physick Or an Easy and Natural Method of Curing Most Diseases), who attempted to apply his acclaimed purgative to extract data thumb sticks Miranda had hidden in private parts of his person. Informants tell us, however, that Miranda was so constipated from his flight from Berlin that the process was not complete even after the nine hours permitted by the law.

However, the MPS did manage to obtain small samples of stool that have now been shipped to the NSA's reactivated Kellogg laboratories for analysis. By drawing on all of the NSA's SWIFT program resources, the MPS hopes to be able to determine whether Miranda does in fact entertain insurrectionary thoughts that would permit the retroactive application of section 7 of the Terrorism Act and justify his detention. 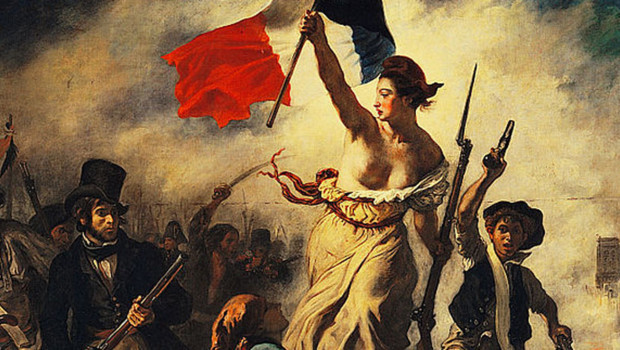