Washington, DC (CIB Breaking Surreal News)—White House Press Secretary Sarah Huckabee Sanders will be announcing draconian sanctions against Saudi Arabia for the alleged murder and dismemberment of Saudi journalist Jamal Khashoggi in Istanbul.
The Trump administration will impose an across-the-operating-table prohibition of exports of US bone saws and other surgical instruments, starting with the Civil-War-Era collection depicted below. 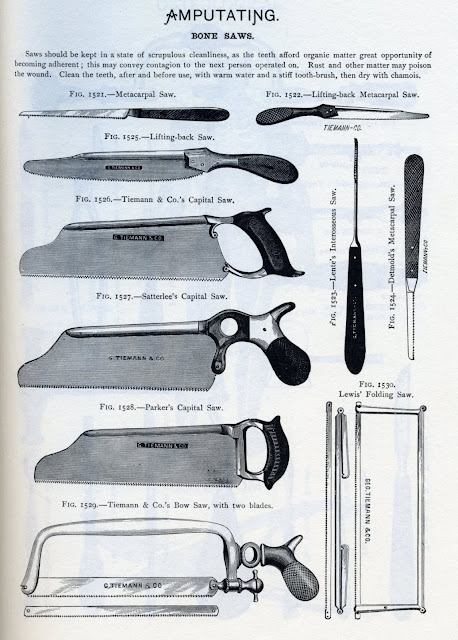 Presidential First-Son-In-Law Jared Kushner, in his recent press conference, advised his bosom friend Crone Prince Mohammed bin Salman (MBS) to stick to “transparently more deniable” assassination methods like Novichok, Polonium or VX poisonings in the future when dealing with undesirable elements. “All of our other admired authoritarians have gotten away with it, so the Saudis should “bone up” on their tradecraft,” he said.
At a midterm election rally in Milwaukee, Unprecidented Trump said that he will prohibit imports of Chinese surgical instruments and “Make America Lame Again” using domestic Civil-War-Era medical technology. So-called “scientific medicine” is responsible for the rise of autism, he claimed, and urged a return to the miasma theory of disease that decimated “many fine soldiers” on both sides of the Civil War. 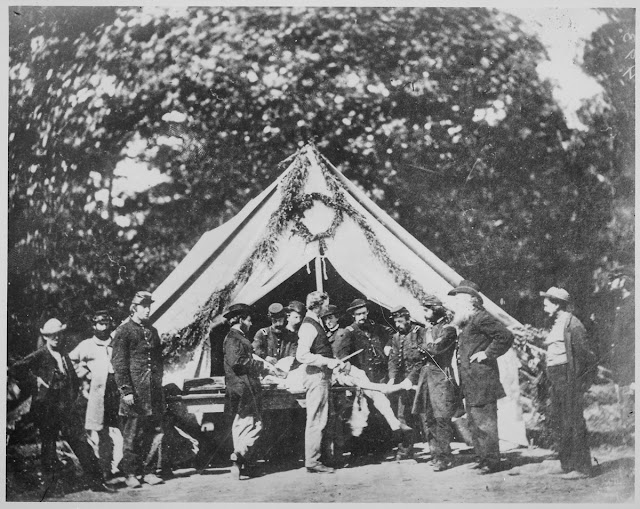 In a closing note, White House Press Secretary Sanders said that a humanitarian exception to the export sanctions might be made to enable MSB to treat his bone spurs, a crippling ailment afflicting many world leaders.
Posted by Gerald Silverberg at 12:29 No comments:

CIB breaking (fake?) news--Unpresidented US Precedent Donald Trump ordered the FBI to conduct a seven-day cover-up investigation of the disappearance of Saudi journalist Jamal Khashoggi, along the successful lines of the recent whitewashing of Brett Kavanaugh for the Supreme Court.

Confronted with the evidence of foul play and international indignation, Trump, after six days, blurted "I don't like it." He will give the FBI an additional day for their investigation to, as he put it, "put the pieces together again."

Saudi Crown Prince Mohammed bin Salman (MBS) has been accused of ordering a 15 man hit squad to torture, kill, dismember, and dispose of Jamal Khashoggi in the Saudi consulate in Istanbul.

Trump said in defence of MBS that "It is a very scary time for young men in Saudi Arabia, where you can be guilty of something you may not be guilty of."

Khashoggi's fiancée Hatice Cengiz waited several hours in vain outside the Saudi consulate for his return.

At a rally in Mississippi Trump later mocked her account:

Trump's comments were met with laughter and applause from the crowd. 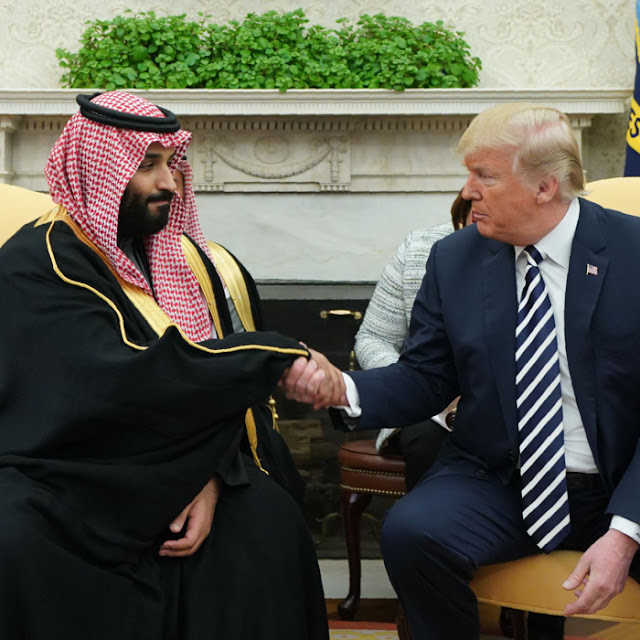 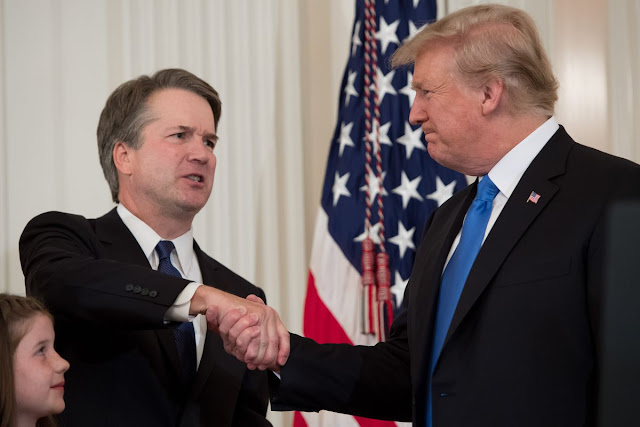 It's a dangerous time to be a young man around the world, but it pays to have powerful friends.
posted from Bloggeroid
Posted by Gerald Silverberg at 10:36 No comments: