The Buck Stops Here (Or: I Shot the Sheriff, But I Didn’t Shoot the Deputy) 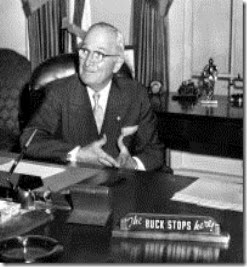 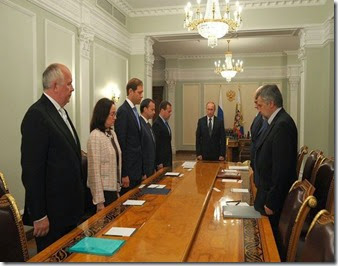 Left: US President Harry S. Truman at his White House desk with the famous sign “The Buck Stops Here”* (Image: Wikimedia Commons). Right: Russian President Vladimir Putin and his advisers observing a minute of silence on July 17 for the victims of the MH17 airline disaster in the Eastern Ukraine. No such sign is visible.

“And certainly, the government over whose territory it occurred is responsible for this terrible tragedy.”

June 4, 2007, Vladimir Putin on the extradition of Alexander Litvinenko’s accused murderer Andrei Lugovoy to the UK:

“I have mixed feeling about this particular request. If the people who sent this request to us did not know that the constitution of the Russian Federation prohibits extradition of Russian citizens to foreign states -- if they had not known that, then certainly their level of competence is questionable. If they knew that and still did send that request, then it's only a political PR step. From whatever angle, it's complete nonsense.

Finally, the British authorities have allowed many thieves and terrorists to live in their country, and this is precisely the real danger to British citizens.”

November 24, 2006: Sergei Abeltsev, State Duma member from the LDPR, on the death of FSB defector Alexander Litvinenko in London:

"The deserved punishment reached the traitor. I am confident that this terrible death will be a serious warning to traitors of all colors, wherever they are located: In Russia, they do not pardon treachery. I would recommend citizen Berezovsky to avoid any food at the commemoration for his accomplice Litvinenko."

Oct. 10, 2006, Vladimir Putin on the murder of journalist Anna Politkovskaya:

“… that perhaps because Ms. Politkovskaia held very radical views she did not have a serious influence on the political mood in our country. But she was very well-known in journalistic circles and in human rights circles. And in my opinion murdering such a person certainly does much greater damage from the authorities’ point of view, authorities that she strongly criticized, than her publications ever did. Moreover, we have reliable, consistent information that many people who are hiding from Russian justice have been harbouring the idea that they will use somebody as a victim to create a wave of anti-Russian sentiment in the world.”

In his “self-portrait,” First Person, published in 2000, Vladimir Putin denied categorically that the Russian Secret Service FSB was involved in the 1999 apartment house bombings:

“What?! Blowing up our own apartment buildings? You know, that is really…utter nonsense! It’s totally insane. No one in the Russian special services would be capable of such a crime against his own people.”

* American colloquial expression: The saying "the buck stops here" derives from the slang expression "pass the buck" which means passing the responsibility on to someone else. The latter expression is said to have originated with the game of poker, in which a marker or counter, frequently in frontier days a knife with a buckhorn handle, was used to indicate the person whose turn it was to deal. If the player did not wish to deal he could pass the responsibility by passing the "buck," as the counter came to be called, to the next player. 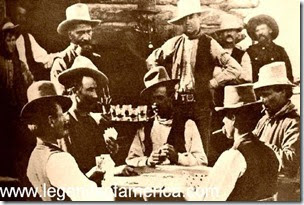 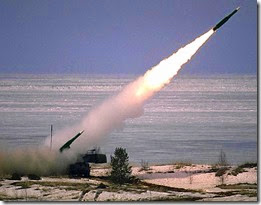 Posted by Gerald Silverberg at 16:03 No comments: