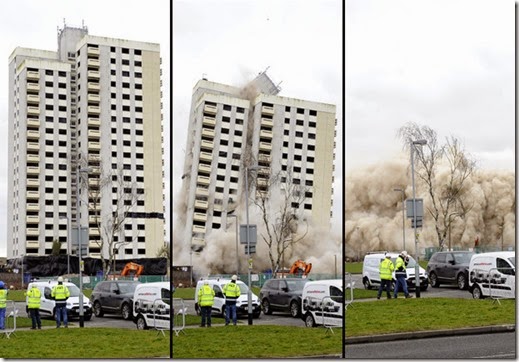 Is the Eurozone sleepwalking its way to disaster, or is there method in this madness?

The Greek debt crisis was supposedly resolved, or better, postponed, for at least four months, on Feb. 20. Instead we now find ourselves this week back to square one, with the Greek government resubmitting vague and insincere “reform” plans while the “troika” (now renamed “the institutions”) still insists that the draconian austerity measures agreed with the previous Samaras government be implemented to the letter (or, as German Chancellor Merkel now allows, up to some cosmetic reshuffling that is fiscally neutral, i.e., equally contractionary). Meanwhile, the Greek government is playing the Russian card, something I facetiously recommended to it in my Feb. 15 post. This will undoubtedly endear it even more to its Western allies.

The Greek debt crisis has now been playing out for five years and things have only gone from bad to worse (with the Greek debt ratio rising from 110% to 170% and unemployment stuck at 25%). Almost all economists agree that nominal Greek debt is unsustainable (even if on a net present value calculation it may be considerably more modest), and that growth will not resume until it is convincingly restructured. No package of “structural reforms” (many of which will actually be inimical to growth, at least in the short term) is going to change this, however reasonable many of these measures may be (and at least the reasonable ones should have been implemented before Greece joined the Eurozone). Both Paul de Grauwe and Michael Pettis have recently argued that addressing such structural issues cannot in itself be a substitute for demand management and debt restructuring. A cynic might even claim that they are indeed just fig leaves for punishing internal devaluation and debt deflation.

So what is going on here? Is the Eurozone just trying to vindicate Einstein’s purported definition of stupidity as "doing the same thing over and over again and expecting different results"? Are the actors even negotiating in good faith?

While Martin Wolf in today’s Financial Times still thinks that a Graccident can be avoided, I now conjecture that both “the institutions” and “the Greek government” have already moved well beyond this point. Having previously played a game of chicken with each other (see here for a nice game-theoretic definition), they are now playing a game of turkey: both parties, having now realized that the worst-case scenario (Grexit) in which neither can back down because losing face is even more painful, is now inevitable, all they care about is shoving responsibility for the ensuing disaster onto their opponents. Germany cannot back down because loosening the “bailout” terms for Greece will only encourage populist parties in Spain (Podemos), Portugal and perhaps Ireland to agitate for the same. And the current Syriza government in Greece, in abjectly surrendering to “the institutions’” old terms as the latter still insist, would have no other honorable course than to return its mandate. But no one wants to be left holding the bag.

Already ECB President Draghi has made known that he does not want to be the odd man out responsible for Grexit by withholding refinancing from Greek banks (something he is already doing)—it has to be an elected official. But neither Merkel nor Juncker nor Dijsselbloem is willing to step up to the plate and force Greece out (thereby possibly initiating the process of Euro unraveling). It has to be a desperate Greek government itself that cuts the ties and starts printing new Drachma to keep paying salaries this month (not to mention the April 9 IMF loan repayment it can never meet without access to the last bailout tranche overdue since Feb. 28). However, if the Greek government unilaterally takes responsibility for cutting loose now, they logically should have campaigned for leaving the Euro, devaluing and defaulting from the beginning (Varoufakis’s infamous middle finger strategy) instead of promoting their illusionary platform of both staying in the Euro and ending austerity. They will be discredited with their electorate and have lost all legitimacy.

So who winds up taking responsibility and getting egg on their face is anyone’s guess. But my bet is that Greece, one way or another, will be out of the Euro by April 9: going going Grone. Kicking the bailout can down the road again with shambolic name games has simply become too ridiculous even for the well-practiced Eurozone. 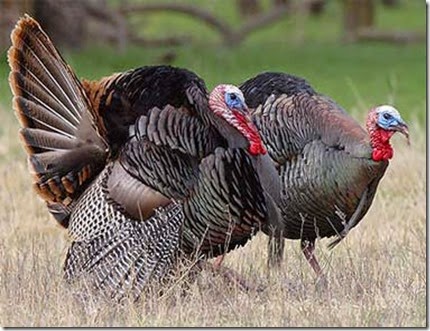 Has the Greek debt crisis morphed from a game of chicken into a game of turkey?

Posted by Gerald Silverberg at 12:13