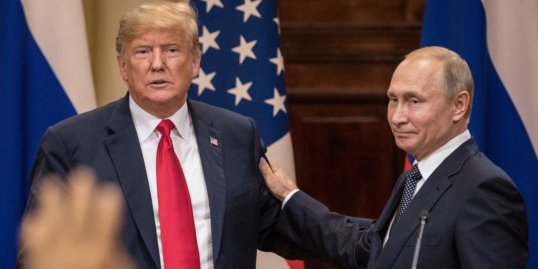 “Trump is God’s gift that keeps on giving,” said Vladimir Frolov, a Russian columnist and foreign affairs analyst. “Trump implements Russia’s negative agenda by default, undermining the U.S.–led world order, U.S. alliances, U.S. credibility as a partner and an ally. All of this on his own. Russia can just relax and watch and root for Trump, which Putin does at every TV appearance.”
New York Times Dec. 21, 2018 "Glee in Russia Over Trump’s Foreign Policy Largess" 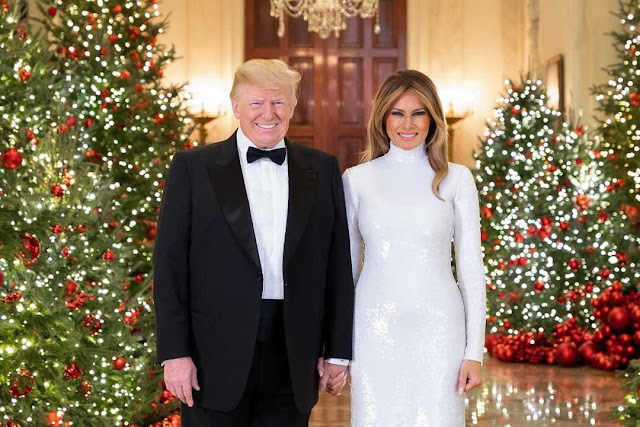 Russia's asset that keeps on giving: President Donald Trump and first lady Melania Trump in their official Christmas portrait on Dec. 15, 2018, in the Cross Hall of the White House. White House Photo by Andrea Hanks
posted from Bloggeroid
Posted by Gerald Silverberg at 07:54