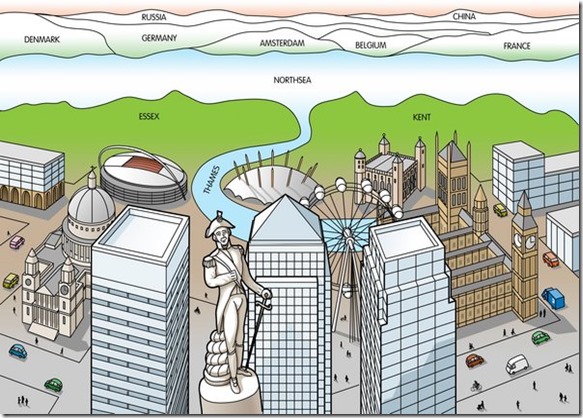 View of London from Trump Tower: Can you find the police no-go areas? Hint: Try using a relativistic space-time drone!

The New York Times reports today that Republican presidential frontrunner Donald Trump has again doubled down after his modestly provocative proposal to ban Muslims from entering the US, with more controversial contentions:

Mr. Trump’s statement about Paris has no basis in fact: There are no districts there or outside Paris where the police have said they are unwilling to go. The mayor of London, Boris Johnson, meanwhile, said that Mr. Trump’s claim about his city was “complete and utter nonsense.” Saying crime was falling in London and New York, he added: “The only reason I wouldn’t go to some parts of New York is the real risk of meeting Donald Trump.”

Is The Donald once again confusing distant geographical locations and historical periods with places closer to home, such as the South Bronx and the Lower East Side during his formative years in the 1970s? This time he cannot plead diminished responsibility due to his Alliterative Memory Disorder. 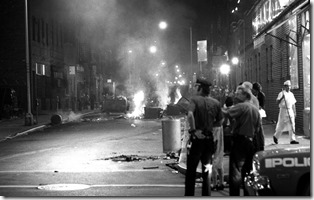 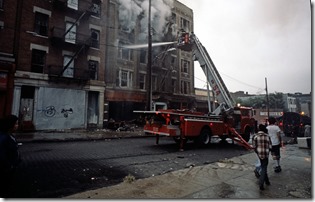 Was New York’s Lower East Side during the 1970s the police no-go area Donald Trump actually had in mind (left)? Or the South Bronx, where firemen were routinely greeted with bricks and garbage (right)? (Photographs: New York Daily News Archive/Getty Images, Alain Le Garsmeur/Getty Images, both via The Guardian)

Posted by Gerald Silverberg at 13:50